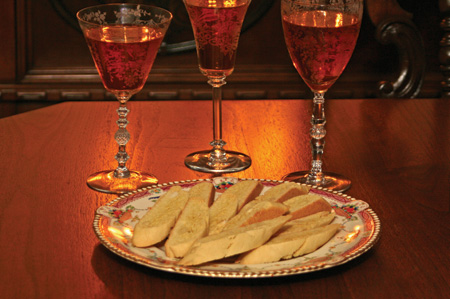 Bisccotti
A beautiful Italian “contucci. Wonderful when paired with ice tea or Marsala. Available in almond, hazelnut, or chocolate. Try our ultra-cruncy version with orange for dipping in Vin Santo or espresso for that traditional experience. 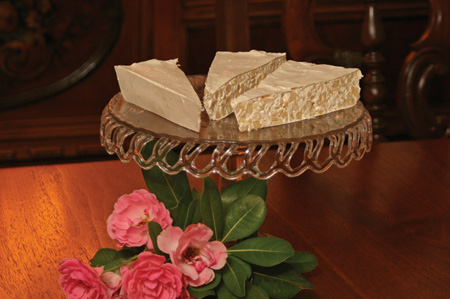 Torrone, the Italian version of “nougat”, is a made from honey, egg whites, and nuts. Pistachios, hazelnuts and almonds are typically found in torrone, but it can also be made in a chocolate version. Translated, the word means “big tower”. Historians believe that it might date to the Italian Middle Ages where recipes for a similar confection were found in Cremola (Italy) where it was traditionally shaped into towers. In Southern Italy today, torrone, can still be found shaped into a small tower but, you will also see other shapes depending on the confectioner and the region.

In addition, historians think it might date to the period of the Greeks and Romans because documents from this era mention this type of candy. Some think it was brought to Italy by way of the Arabs during the early Middle Ages and up to 1100 CE.

Today, torrone is the specialty in Southern Italy (especially in Sicily) where it’s one of the most beloved and delicious candies of the region. 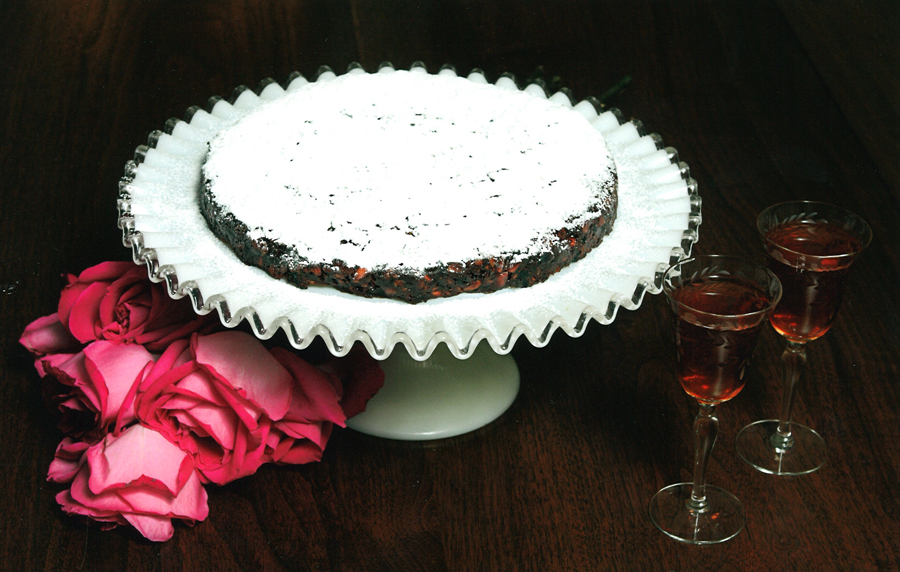 Pan Forte means “strong bread” and is both a candy and a type of fruit bread–we call it a “candy bread”. Some culinary historians believe that it does not have enough flour to be called a cake. It is a delicacy in Sienna, Italy. Many believe that it dates to the 13th century where lush, strong peppery spices were brought to Italy by way of the Arabic world. With the arrival of these legendary flavors, the cuisine of Italy would be greatly changed and confections such as pan forte were born. Additionally, recipes and stories written on parchment paper from February 1205 tell of a candied bread in the shape of a disc made with pepper, hazelnuts and honey were used by visitors and servants to pay their taxes to the nuns at the Montachello Convent (in Sienna). Today, Sienna is known to be the pan forte capital of Italy.

Our pan forte has a simple dusting of confectioner’s sugar on the top and bottom of your disk. If your Pan Forte has been shipped to you–it might need to be re-dusted.

Eating the biscotti brought me back thirty years to my grandmother’s kitchen where I was surrounded by my cousins, aunts, uncles, and my family. The crispiness and aroma of the biscotti reminded me of my homeland. We all enjoyed Giuli’s biscotti dipped in Marsala wine (authentic Sicilian all the way Baby!) It is my opinion that you would only find such biscotti in Italy. We really enjoyed the orange-flavored for sentimental reasons – but all three were amazing! If you want to taste authentic biscotti without having to buy a ticket to Italy, I believe you should call Giuli. 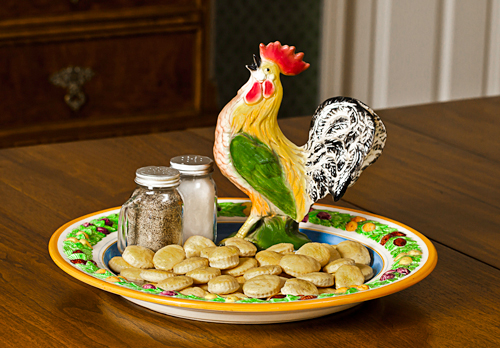 Italian Dinner Cookies
A new item and a wonderful gentle “apéritif”. These savory, powdery cookies are unique Italian mini “biscuits”. They can be used as an appetizer or paired with antipasto. These little cookies are flavored with salt and pepper and with the addition of eggs they are reminiscent of pasta. Available in circles, ovals and squares with fluted edges–a really wonderful and unique gift 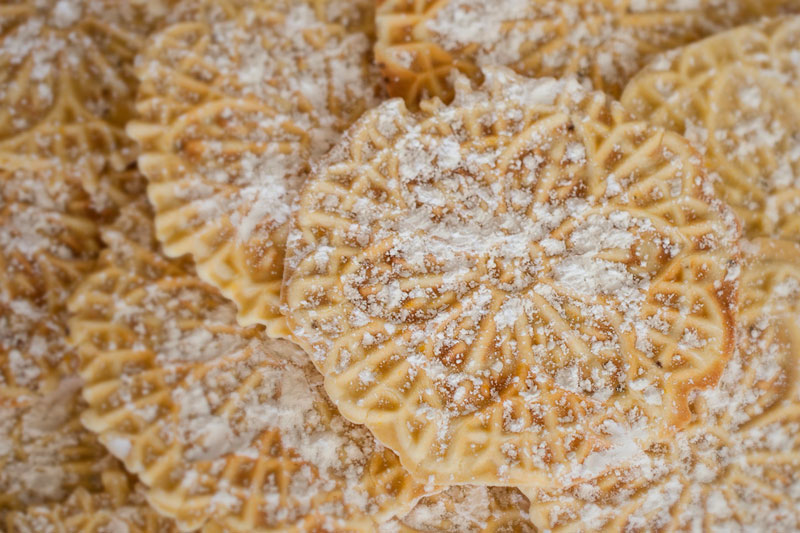